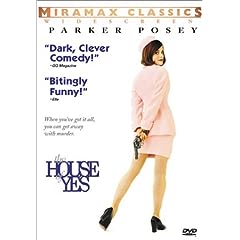 Parker Posey was the It Girl of independent film in early 1997, the year this film (along with three or four others in which she starred) all played at the Sundance Film Festival. This film was the toughest of the bunch to embrace, based as it was on a self-consciously quirky off-Broadway play about Thanksgiving at the home of a particularly strange family. Oldest son Josh Hamilton comes home from college for the holidays, with fiancée Tori Spelling in tow. What he hasn’t told …
Buy The House of Yes at Amazon

2 thoughts on “The House of Yes”