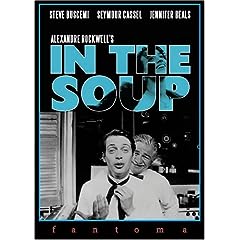 This is a low-key gem that is at once about the power of dreams, the power of suggestion, and the tyranny of artistic vision (when there really isn’t one to fight for). This disarming comedy by director Alexandre Rockwell was a hit at the Sundance Festival but barely registered commercially. Steve Buscemi stars as a hard-luck case: Adolpho, a wanna-be filmmaker with a phone-book-sized screenplay and no money. He lives in a hellish Lower East Side apartment and has a thing for hi…
Buy In the Soup at Amazon

3 thoughts on “In the Soup”