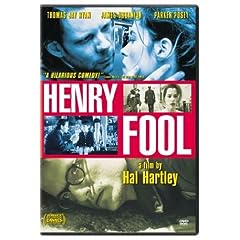 Simon (James Urbaniak), a shy garbage man, lives with his sister (Parker Posey of Party Girl and Waiting for Guffman, among dozens of other movies) and mother, who both treat him with minimal respect. Into Simon’s life comes Henry Fool (Thomas Jay Ryan), a heavy-drinking self-proclaimed great writer who goads Simon into writing an enormous poem. The poem becomes the source of great controversy, proclaimed by some as a great work of art, denounced by others as perverse trash. As…
Buy Henry Fool at Amazon