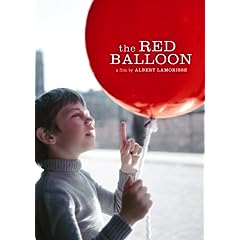 Stills from The Red Balloon (Click for larger image)

Newly restored and available for the first time on DVD, Albert Lamorisse s exquisite The Red Balloon remains one of the most beloved children s films of all time. In this deceptively simple, nearly wordless tale, a young boy discovers a stray balloon, which seems to have a mind of its own, on the streets of Paris. The two become inseparable, yet the world s harsh realities finally interfere. With its glorious pa…
Buy The Red Balloon at Amazon

3 thoughts on “The Red Balloon”