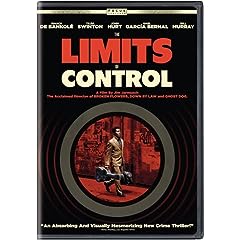 Jim Jarmusch has been the cinema’s deadpan poet of lives in transit, from his breakthrough feature Stranger Than Paradise (1984) to Broken Flowers (2005). Limits of Control pretty much consists of deadpan and transit as it follows–make that contemplates–the mission of an enigmatic hitman through some picturesque but sparsely populated corners of Spain. Whom this “Lone Man” (Isaach De Bankolé) is supposed to kill and why are matters not shared with the viewer. Neither is the c…
Buy The Limits of Control at Amazon

3 thoughts on “The Limits of Control”