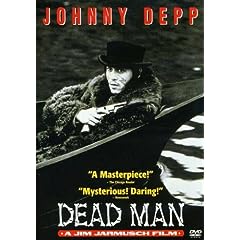 This disappointment from Jim Jarmusch stars Johnny Depp in a mystery-Western about a 19th-century accountant named William Blake, who spends nearly all his money getting to a hellish mud town in the old West and ends up penniless and doomstruck in the wilderness. A benevolent if goofy Native American (Gary Farmer) takes an interest in guiding Blake on a quest for identity in his earthly journey, but the film is really just a string of endless shtick about inbred woodsmen, dumb lawm…
Buy Dead Man at Amazon